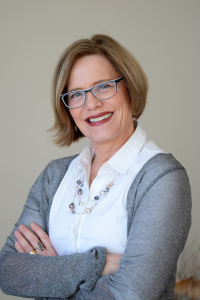 Katherine Daniels has been involved in the health care industry for the past 30 years. She obtained a Bachelor of Science in Physical Therapy (1985) and a Master of Science (1990) at the University of Saskatchewan. Following her primary interest in Orthopedics, she worked in several health facilities before eventually launching Daniels Kimber Physiotherapy in 1994 along with Perry Kimber. She continued with her clinical practice in orthopaedics at Daniels Kimber for a number of years along with participating in various aspects of clinic management. In 2013 she left the Daniels Kimber clinic which by then had been sold to LifeMark Health and went on to launch a new venture – Nomad Therapies. The partnership with Perry Kimber continues to present day both in business and in life.

Along with her work in the therapy realm, Katherine has also been a Member and Chair for the St. Paul’s Hospital Board of Directors (2006 – 2014) and is a founding partner of a health advocacy company, OverC Health.

Katherine is a registered physiotherapist, licensed to practice in Saskatchewan.